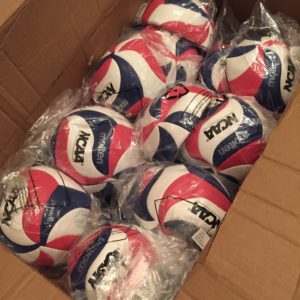 Endline volleyball is founded on the values earned from a combination of fundamental volleyball, teamwork and discipline. Our rewards come from the lessons of sport and the success our athletes gain both on and off the court.

We believe in a well organized and consistent approach to teaching. Our philosophy has years of proven success and is refined through experience and proper training. All Endline Volleyball Club coaches are IMPACT (Increased Mastery and Professional Application of Coaching Theory) certified, and all coaches on the staff who are involved with high school coaching are also ASEP (American Sport Education Program) certified. All of our coaches understand the responsibility and opportunity to positively influence young players through volleyball.

The teaching principles at Endline were initially implemented in the Fremont area at the Mission San Jose High School’s boys volleyball program in 2005. Dan and Kevin’s volleyball program philosophy was clearly a formula for success by the results in those first few years. Mission San Jose High School won the MVAL from 2009 – 2012, dropping only one match during that stretch, and appeared in the NCS playoffs for five consecutive years (2009 – 2013), appearing in the NCS championship match twice (2009 and 2012). This success and the demand for quality volleyball in the local area inspired the founding of Endline Volleyball Club in the fall of 2007. Over the years, Endline has directly benefited many boys volleyball programs in the MVAL and other leagues. In recent years, Kennedy, Washington, James Logan, and American High Schools have all made NCS appearances thanks in large part to contributions from Endline Volleyball Club players and the advancement of volleyball in the Fremont area.

Endline Volleyball Club provides opportunities for kids to play in our clinics, camps, open gyms, and competitive teams. We welcome all players who are willing to commit to our system of teaching and are serious about improving their game.

We attract players from all over the Fremont/Tri-City area and the greater Bay Area, including Gilroy, Milpitas, San Jose, Palo Alto, Menlo Park, Livermore and Castro Valley.